George: So, what is the most you would let me spend on a bike?

George [laughing]: You don't want to divulge that information?

George: Come look at this bike. [I join him at his computer.] It's a Felt B2 with the electronic shifting.

Me [seeing the $6,499 price tag which, for some reason, he failed to point out]: That's more than I am willing to spend.

George: Really? But it's got electronic shifting!

See. It's all my fault that the economy isn't recovering faster. I won't let George spend $6,499 on a bicycle. I'm so mean. 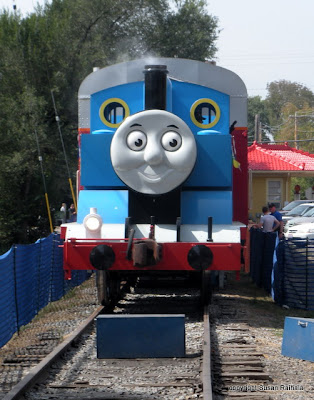 The following comments were overheard at A Day out with Thomas the Tank Engine [pictured above], which Jack must go to every year or the earth will stop circling the sun and life as we know it will end in cataclysmic disappointment. Unfortunately, the train ride features Thomas songs played over and over.

Nick: Am I being punished for something? 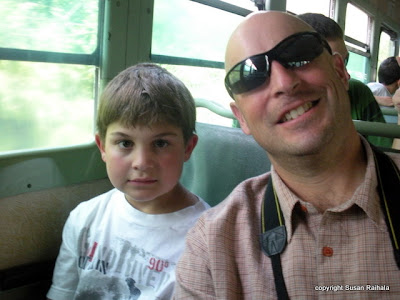 George: I wonder if I died on my bike ride and am in hell. We should make all the Gitmo prisoners have multiple days out with Thomas. They'll talk for sure. But it's probably against the Geneva Convention. Cruel and unusual punishment.

Me: Will those screaming toddlers please shut up. Can't they see I have a cold? 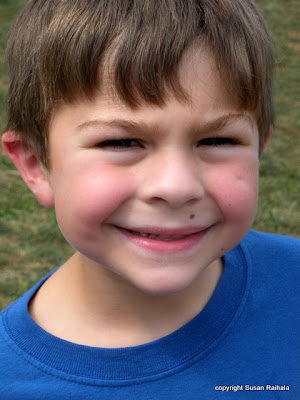 Posted by Susan Raihala at 4:07 PM