A Retraction and A Few Random Items...

Reader Betsy, who lives in Aurora, Colorado, told me how comforting it was to see the bins and bins of letters and cards from all over sending comfort to the town after their shooting incident. Since I had suggested that cards could become a burden to Newtown, Betsy's perspective adds another dimension to the idea of sending cards. Even if Newtown gets so many that some have to be destroyed, what a comfort to those postal workers to know that their town is so supported.

1. Coffee is good. With enough of it, I might get the rest of my Christmas cards sent today.

2. Thunderstorms in December are weird.

3. Snow in December is nice, especially when I don't have to go anywhere.

4. Wait. I have to go to the grocery store today. Darn.

5. At school yesterday, some kid told Nick the world was going to end today. Nick replied that it most certainly would not. So the kid told Nick that when they met in Heaven, he'd tell Nick, "I told you so." Whatever, dude. Nick told me he's going to call the kid tomorrow and say, "I told you so." At moments like this, I feel like an awesome mommy just because my kid isn't the one telling people the world will end because the Mayans said so. 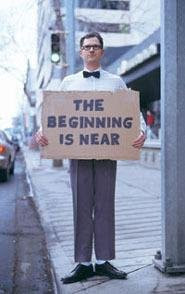 8. It's also wrong to run off the road, take out someone's mailbox, and keep on going, yet someone did just that to our mailbox on Tuesday. I left the house to take Jack to school, and 40 minutes later, found my mailbox in the middle of my driveway and deep, muddy tire tracks running past the post the mailbox used to be attached to. Our box is made of heavy metal, and it did some serious damage to someone's car. What really stinks is it probably was a neighbor, according to the police officer. If I ran off the road and took out anyone's mailbox--much less a neighbor's--I'd leave a note at the very least.

9. The police officer who came to fill out the incident report is the same officer who pulled me over a month or so ago and didn't give me a ticket despite the fact he had every right to do so. I maintain he was completely distracted from my traffic violation by Daisy's incredibly lady-like behavior in the front seat...she sat through the whole thing without barking or trying to get at the officer and love him to death, which is what I expected her to do. On Tuesday, the officer didn't say anything about the earlier incident, and I just hope memory of the stupid driver and her extremely well-behaved golden retriever isn't jogged by seeing the sad victim of mailbox murder and her extremely rude golden retriever that sniffed his privates.

10. And on that note, Happy Friday before Christmas! Reach out and show some love today, tomorrow, and every day after that. The world needs more love.
Posted by Susan Raihala at 7:45 AM