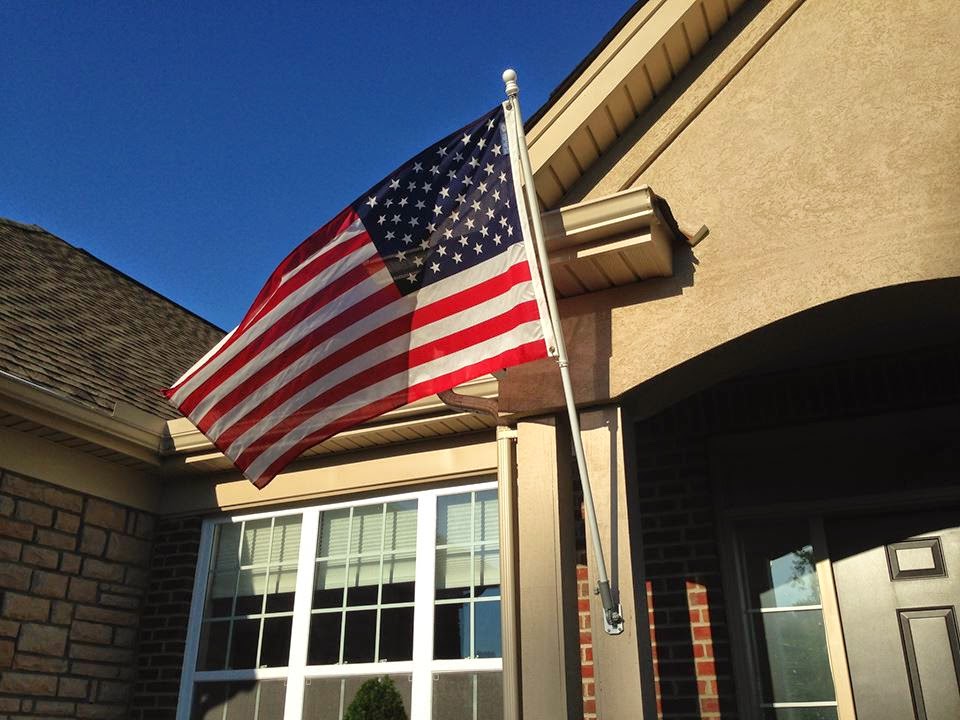 "We hold these Truths to be self evident that all Men are created equal, that they are endowed by their creator with certain unalienable Rights, that among these are Life, Liberty, and the Pursuit of Happiness--."

A nation based on preserving the right to pursue happiness for all men? Of course, our Founding Fathers defined "men" rather more narrowly than we do today, but that statement was the pebble that started the avalanche of freedom and equality for all. Just think how miraculous it was that our founders chose to reject millennia of monarchy in favor of a government by, for, and of the people.

Just over eighty years later, we had a president who recognized that no person should be owned by another. Ever since, we have had legal and legislative systems that have increasingly moved us toward respecting the unalienable rights of all people. We may not be there quite yet, but I believe we will get there.

On our recent vacation, we drove on the interstate with convoys of military vehicles and felt no fear. Our military stands for freedom...our own and other nations'. We didn't have to present papers to gun-toting guards to cross state lines. We had the right of free passage to a beautiful place and could stay as long as we wanted and go home as easily as we left it. We in America take this easy movement for granted. We should not.

I can say whatever I want and not worry about being thrown in jail or harassed by "authorities." I can even share the etymology of "politics," which comes from the Greek "poly" meaning many, and "tics" meaning blood-sucking parasites. I won't even get a slap on the wrist.

I am free to pursue whatever religion I want without interference by my government. I can assemble, peacefully protest, and actively participate in government as I choose. I can dial 911 and get emergency help made available by my government.

I can read whatever I want and not worry about who's monitoring my bizarre obsessions with Victorian mysteries, neuroscience, literary criticism, and the occasional flaky sci-fi or chick-lit novel.

The internet is open to me. I can check out all the stamping blogs I want without anyone blocking my search, and I can add my own creative efforts to the world-wide web without worry.

These last few examples seem trivial, but they are not. They are critical, wonderful consequences of my right to pursuit happiness.

Our founding fathers laid the groundwork for freedoms we're still asserting. We're still growing toward freedom for all. We're not perfect, but our ideals of life, liberty and the pursuit of happiness can't be beat.

And that makes us pretty amazing.

Posted by Susan Raihala at 9:39 AM